I put a lot of pressure on myself – too much so, sometimes.

You don’t have to be a lover of volleyball to admire the elegant power play of volleyball star Lise Van Hecke. Her style is indicative of her natural talent. Even so, an athletic career was not what she initially had planned for herself.

You don’t have to be a lover of volleyball to admire the elegant power play of volleyball star Lise Van Hecke. Her style is indicative of her natural talent. Even so, an athletic career was not what she initially had planned for herself. “In our country, it is hard to make a living off of being a professional athlete,” says the Yellow Tigers’ offensive asset. This interview is about making choices, the importance of a tight-knit team, and pressure and high expectations.

The video below is an abridged version of the interview, including exclusive behind-the-scenes footage. If you would like the full version instead, just keep reading.

We meet volleyball star Lise van Hecke (1992°) in the catacombs of Besiktas JK, where she currently stars as the experienced one in a team of youngsters. After her earlier adventures with Urbino (Italy), River Volley Piacenza (Italy), and Volei Nestlé Osasco (Brazil), the Yellow Tigers’ enigmatic opposite came to the city of Istanbul with its 14 million inhabitants at the start of this season. Along with Hélène Rousseaux, her colleague and friend who plays as part of the national team alongside her, she has been experiencing another part of the world here in Istanbul. Traveling and discovering new cultures have become a part of her life. As such, that is the first topic we discuss: being away. Away from home, from friends, and from family. 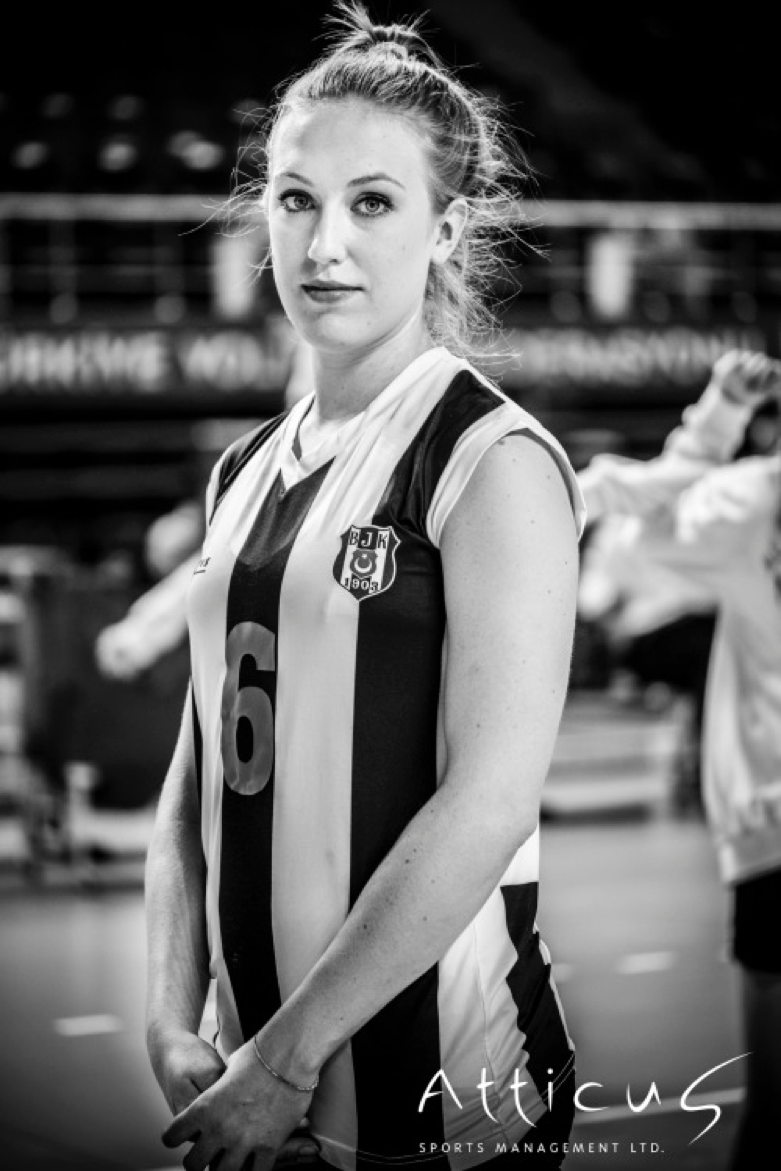 Lise, you have accumulated a rather impressive track record so far. Your Wikipedia page boasts a long list of prizes for a 24-year-old. And what stands out more than anything is the fact that you left Belgium at a relatively early age. Why?

“I had barely turned 17 when I played in the cup finals with Kieldrecht and became vice champion, and achieved many successes with the ‘under 18’ Belgian national team: first place at the European championship in the Netherlands, and third place at the world championship in Thailand. Things progressed rapidly. Kieldrecht became both the Belgian champion and the cup winner two years in a row. I was playing at the highest level in my home country by the time I started university. Slowly but surely, I realised that I was going to have to make a decision… I realised that if I wanted to move up even further in volleyball, I would have to go abroad.”

A victory over myself

Why did you have to go abroad? What is the difference between the Belgian leagues and leagues abroad?

“It is really hard to become a professional volleyball player in Belgian. You would have to either combine your studies and volleyball, or get a second job on the side. But that prevents you from ever making the most of it as an athlete. There is very little funding for volleyball in Belgium, which is the main difference between Belgium and other countries.”

You left for Italy, a premium volleyball country. Most athletes dream of being given such opportunities, but it sounds like you had a hard time making that decision?

“Kind of, yes. At the time, the decision to move abroad was a really big step for me. I was young and was having a lot of fun playing volleyball, but I wasn’t the kind of player that dreams of having a true athletic career. I dreamed of going to university, of studying, and having volleyball as a thing on the side. So it was far from an easy decision, but thinking back on it nowadays, I do not regret choosing volleyball. In fact, I consider that decision to be my greatest achievement. A victory over myself, in a way. Volleyball has taken me to so many interesting places, and has enabled me to meet so many interesting people… And of course, achieving such successes is also really great!”

Tell me more about the Italian league. What kinds of things did you learn during your time there?

“My first club in Italy was Urbino. My manager and I initially considered that to be a step up to bigger things, kind of like two extra years of training. I was hired as second opposite, but was immediately also given the opportunity to play as part of the standard formation. I did not expect that. I was allowed to stay on for a second season, as first opposite. I was quickly able to adapt to the league’s pace and felt myself grow as a player with every subsequent game.”

A team based sport

And then you received Piacenza’s offer?

“Yes, and that was very significant, because Piacenza was Italy’s national champion at the time. They were a very professional, high-level team, so I simply had to go. I experienced a lot more pressure while with Piacenza, but the coach was amazing, we worked on our technique a lot, and as main attacker I was given a lot of responsibility. I was surrounded by a very talented team that worked well together, so that helped a great deal. I loved it, because I got to meet a lot of people, both within the world of volleyball and without, and I was able to learn Italian. And whenever I felt homesick, Hélène (Rousseaux) and Laura (Heyman) were close by; they played for Modena at the time, and we were able to meet up quite frequently. That helped a lot. We all became a lot better in Italy, because volleyball is so much more professional there than it is in Belgium. It is a really big sport in Italy.”

Why did you leave Piacenza?

“The first year was amazing. We became champion and had a strong team. But the second year was rather disappointing – maybe the biggest disappointment yet in my entire career. Both in terms of my playing and at a human level; a new coach came in that year and some of the team members left, and the team was a lot less tight-knit after that. Some of the players were very focused on themselves rather than the team. When push came to shove, they did not do their utmost for the sake of the team’s success. And after all, volleyball is such a team-based sport. It is important for the players to be able to depend on one another, and to have a coach who is able to bring out the best in the team. Those are two lessons that I learned the hard way that year.”

And so you left to go overseas, moving on to a new adventure in Brazil. Playing in a country like that, where volleyball is huge, must have been amazing? The Brazilian national team has been internationally renowned for many years.

“I ended up in Sao Paolo, playing for Osasco. It was a very different experience for me, a real culture shock. I remember my first few training sessions there really well (laughs). I did not speak the language at the time. But in terms of the sport, things went smoothly, and I quickly realised that the Brazilian league is truly one of the best in the world. I played with true celebrities, stars in the international world of volleyball. One of the highlights was the semi-final for the Brazilian national championship. We beat Rexona Ades, the favourite by far, at 3-2 (15-10 in the tiebreak).”

And now you have come here, to Istanbul.

“Yes, and things are completely different here. Istanbul is a huge city, which is wonderful. This may not be the country’s biggest club, but I feel good here. I am part of a young team, and many of the girls look up to me and listen to me, and that feels really nice. I am one of the more experienced players in this team, even though I don’t feel old in the slightest (laughs).”

“We are always there for all of the big competitions. But we all now dream of going to the Olympics in Tokyo 2020.”

Let’s talk about the national team. You have had a few interesting years. What do you think our Yellow Tigers’ future is going to be like?

“We have only just started a new four-year campaign to prepare for the 2020 Olympic Games in Tokyo. That is our goal right now. (thinks) We have achieved a lot of great things as a team. We came in third at the European championship, got to compete at a world championship, and are now part of the Grand Prix’s A-level pool… We are always there for all of the big competitions. But we all now dream of going to the Olympics.”

What is your best Tigers memory so far?

“Oh, there are too many to count, but if I had to choose, I’d probably pick our coming in third at the European championship. I’ll never forget that. And me ending up being the top scorer of the entire tournament. That was very satisfying for me personally.”

The Yellow Tigers have become a popular team over the years. Your sense of enthusiasm is very infectious. And the public’s support has continued to grow as well. What is the key to the success of this generation of Yellow Tigers?

“(thinks) We know each other through and through… I think that’s the main thing. We experienced our youth and junior division years together, and are thus really attuned to one another. Because of that, we are more than just co-workers; we are also friends. And that shows when we’re out on the field. The Yellow Tigers are solid in terms of our group dynamics. And this group has a particular kind of drive, due to the things we have accomplished together. They have made us even more motivated. We just want to keep achieving more and more.” 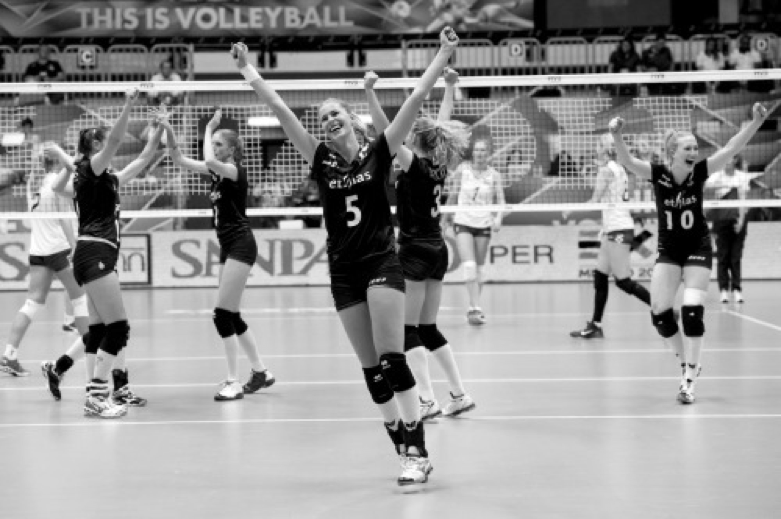 Just who I am

You are one of the stars of this team. Everyone always expects you to provide that offensive push and score spectacular points. Do you experience pressure? And how do you deal with bearing so much responsibility at a young age?

“It can be an issue at times, I’ll gladly admit that. I had a lot more fun at the start; nowadays, I think about everything, review everything. And I put a lot of pressure on myself – too much so, sometimes. That’s just the kind of person I am. That is why I try to distract myself with things that allow me to forget about volleyball for a while. I’ll visit friends, or focus on my studies. Those things provide a lot of distraction. The problem is that I don’t like being alone. So instead, I’ll call my family or friends to chat about my adventures, or I go explore Istanbul with Hélène. Going out on the town together, shopping, chatting… Those things help me relax a lot. And whenever I start to worry too much or put too much pressure on myself, I tell myself that I am not in the position that I am right now for nothing. This team has recruited me for a reason. So I must be doing something right. (laughs)” 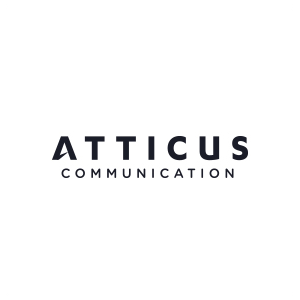