I always expect the unexpected

Out on the street, you could always expect the unexpected. I guess that part of my life has not changed.

Life has been a rollercoaster. Thanks to you, my fans, I am where I am today, playing professional football in England, birth country of the sport. It is a dream come true, even though it feels like I am just beginning. Let me tell you how I got here. I take you back to my childhood years.

It is Belgium, on a rainy day. I am five years old, and my father takes me to Ganshoren, a local team in Brussels. I want to train with the team, and kick the ball around. I am too young, the coach says. I am devastated. This is the day I remember to be the beginning, of everything. I close my eyes and I see the scene as it happened. Rain kept pouring down as I saw Junior Malanda – born 1994 – running on the pitch, while I wasn’t allowed to. Angry, but motivated, I was determined to join the club a year later. 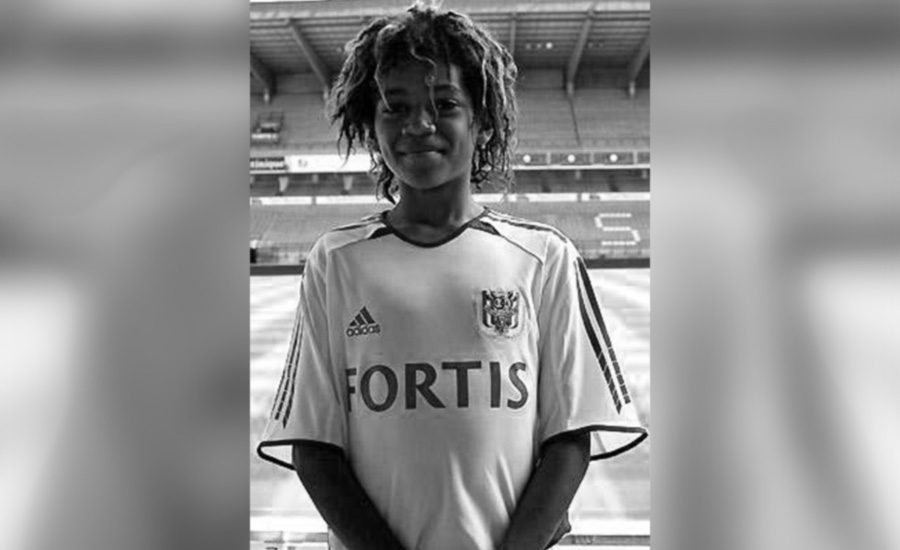 This picture is taken 5 years later, age 11. I am proudly wearing the purple and white jersey of Anderlecht. Looking back, I realize it was a big thing. Look, I was a kid from a vibrant neighborhood, where football meant everything.

Out on the street, you could always expect the unexpected. I guess that part of my life has not changed. Being able to say: ‘I am an Anderlecht player’, it really made a difference. People respected me because of that. I had three great years in Anderlecht, but something just felt off; others were getting more attention. I felt I was not a priority player there.

Then one day, Dylan, one of my best friends, told me about a trial at the JMG Academy. I heard they were practising four hours each day. It fascinated me, so I went to their trial days. The training site was situated in an isolated place out in the woods. The idea was to pull players out of the regular club competition, to train barefoot and to focus on developing technique by practicing long hours. Players were never allowed to stop putting pressure on the opponent. One mistake on the pitch and they would take you off.

While defending, we could hear the coach counting out loud, motivating us to steal back the ball within seconds. When attacking, we had to play possession at all cost, think and act super fast. On the last of those four trial days at the academy, I was completely exhausted. I remember the JMG coach coming up to me saying: ‘We believe you could become a great defender’. At the time I thought: ‘What is he thinking? I am an attacker’. Now I realize he was right.

In the four years I lived and trained there, I became a fearless player, discovered how full control of the ball is crucial in football. I grew into a man. 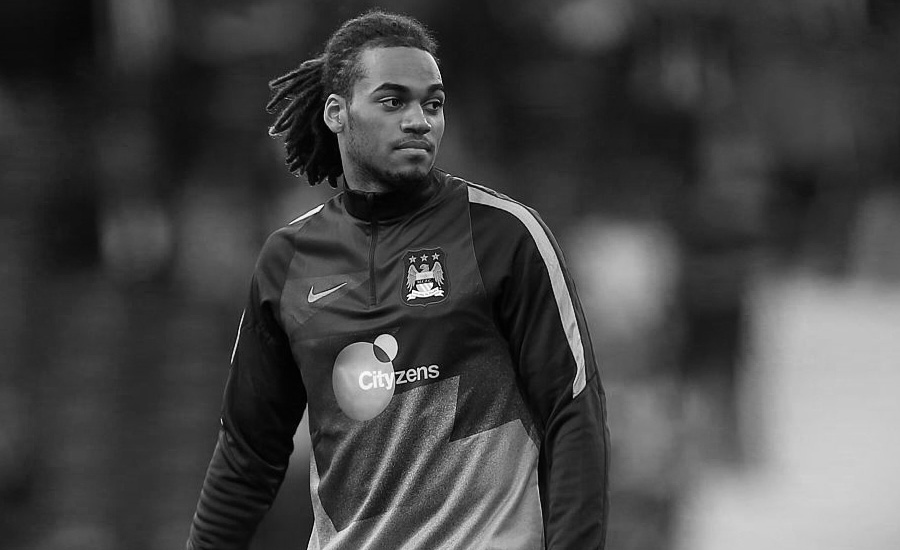 Lierse, the club that had a partnership with the academy, wanted to tie me up as a professional but I had higher hopes. I took the greatest risk of my life and took a plane to England. I had trials at Liverpool and Tottenham, but we never reached an agreement. So my next stop was the City training site. I remember this period to be the longest period of my life. I was feeling great, and I picked up the pace pretty fast. When I finally signed a deal, I was the happiest guy on earth. I got my chance in the elite development squad, and trained with the first team. It was… unbelievable. After all the hard work and the lonely hours at the academy, this was my reward. I am still so grateful, for the opportunity given and to the people who helped me getting there.

Man City knew I was still young and decided to send me out on a loan. So in the summer of 2014 I joined Celtic Glasgow, Scotland. It was a pre-season tour of the United States. I played only a couple of minutes.

My agent told me that the Celtic manager, Ronny Deila, had watched some of the EDS games, and that he was interested in signing me. I thought: ‘No way I’ m going to freezing Glasgow, the city where the sun only shines one week a year’.

The manager called me, convincing me to join. I remember me and my dad standing in front of the dressing room door. He told me: ‘Jason, once you walk through that door, you are a professional player. You will have to behave like one.’

It was the start of a series of great events. In my first game at Celtic Park, against Dundee, I scored my first goal after just four minutes. I felt like I had wings that day. That same feeling went on for the rest of the season.

We won the Scottish title, the League Cup and I was elected as PFA Young Player of the Year. The only thing that went wrong that season was… the fatal car accident of Junior Malanda.

We were in Spain on a mid-season break when, during dinner, I checked social media on my phone. I saw an article title saying that a player had died on the road. I clicked it and I saw it was Junior… oh God. The news struck me like lightning. Junior was a childhood a friend. I knew since I was five years old. It was very, very difficult. I could not think about anything else for a long time. 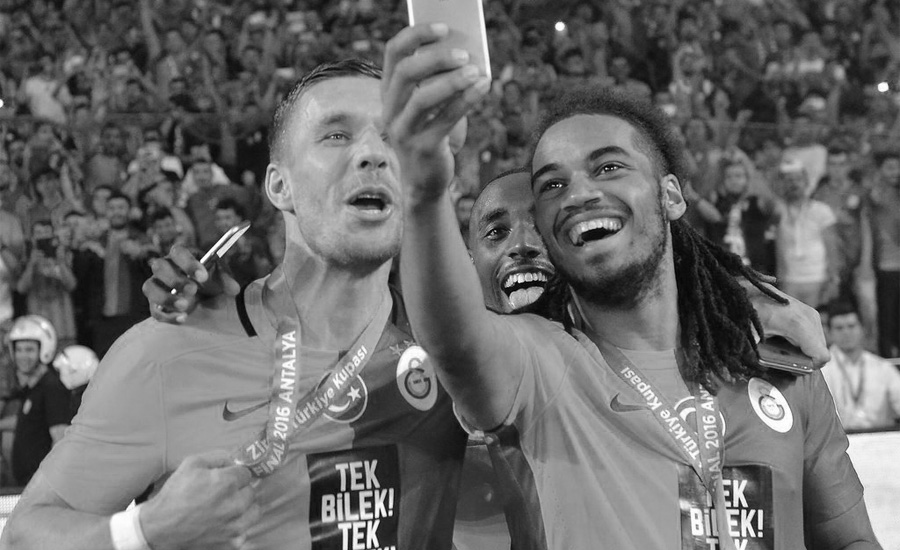 After a successful season at Celtic, Galatasaray started showing interest. What can I say about the Galatasaray experience? It is hard to not fall in love with a football club like Galatasaray.

The city, the lifestyle, the gigantic stadium, the roaring crowd during games…. all wonderful if not magical. Every player just gets lifted up by the vibrant atmosphere. The sound of the fans singing just pushes you forward. It is hard to explain, but anyone who has experienced it knows exactly what I mean.

“It’s a huge notch on the young Belgian’s burgeoning pedigree that he’s featured for Manchester City, Glasgow Celtic, Galatasaray and, of course, Sunderland. And it’s not just that – wherever Jason Denayer has played, he has been incredibly popular.”

In every club I played I met people for whom football is not just a ninety minute game. People who live the game like it is their religion. Those people I can relate to. I am not a smooth talker. I never feel the need to walk up to a microphone in the press zone and deliver a speech. It is just not who I am. My podium is out there, on the pitch. That is where I leave my heart and soul. 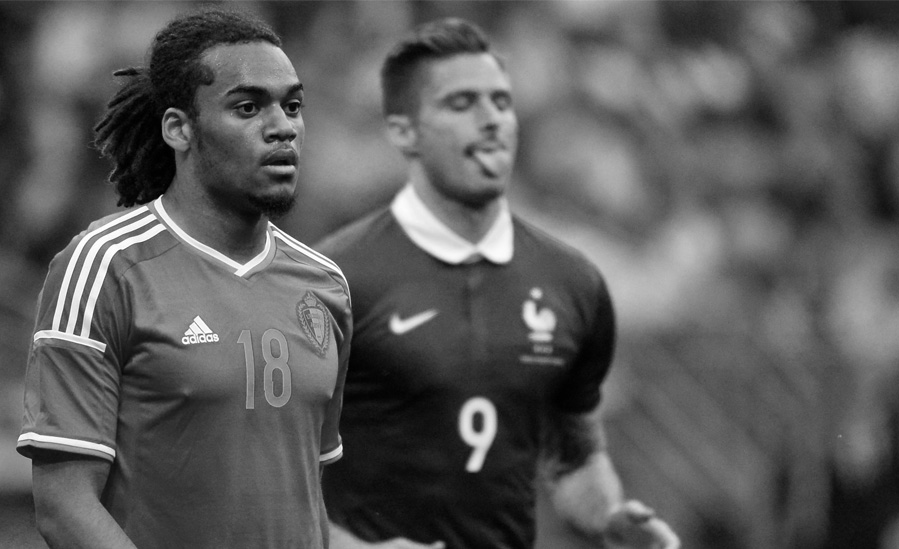 I remember the fans were really disappointed after the European Championship game with Belgium against Wales. In hindsight there were many moments we failed to bring that game home. I don’t think our defense was the reason we lost, because none of us stood out. It was just a very unfortunate moment, and if I could turn back time I would. We all hated losing that game.

Those who know me well know how many times I have thought it over ever since. What we can do, is use that experience to our benefit. I heard from other players, the new coach knows our frustration and he brings a winning spirit to the team. He seems to have a very clear idea of how he will prepare us for the important games. He’s right in saying that Belgium has to focus on winning against countries like Spain, Germany or Italy. Those are the opponents we will have to beat.

I think Roberto Martinez can guide us towards that goal. All I really want is to feel the thrill we felt after that game against France, the 3-4 victory. It was a friendly game, but still, we beat the French. We were simply outperforming them. I can’t wait to repeat that against the other top teams. 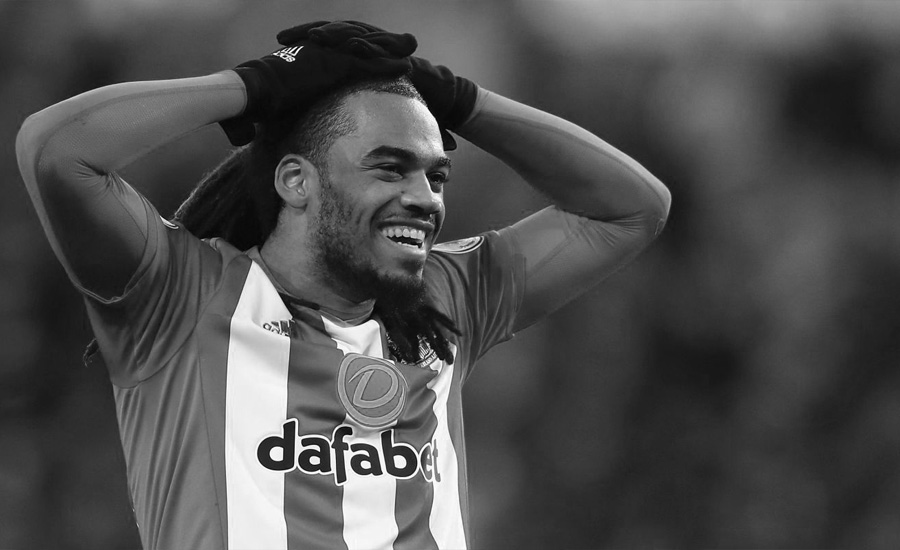 I came to Sunderland to grow as a player. And I feel like I am proving my worth more and more each game. But what I love most about Sunderland now, is the total devotion of the fans. I can only respect the people here, how they keep uniting behind the team. I want to make fans feel proud about their club.

I was glad Sky analyst Phil Thompson recognized how passionate our defensive play is right now, because it is exactly what we are trying to do. To play passionately. All I want is for us to make sure that this end part of the season will be one of total commitment. Our team has the talent and a fighting spirit. Everybody has seen our chemistry at work in the games against Liverpool and Crystal Palace. Belgium’s manager Martinez said this is one of those seasons where anything could happen because ‘no team looks weak’. I believe he is right, but it is going to be hard for us. As always the devil will be in the details. I believe the support of the fans in those remaining games is going to be absolutely crucial for us this season.

To overcome the tough moments, we are going to need the infamous Sunderland ‘roar’. Keep the faith every game again until we get those crucial points to stay in the league.